Founded in New York in 2009, The Hard Times play an instrumental mixture of early reggae and roots reggae. Bob Timm (drums) tells about the band, the scene in New York and their plans for 2012.
January 2012 – band website 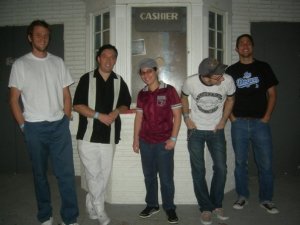 Can you introduce the band and the members?
We are The Hard Times, from Brooklyn, New York City. We have been playing funky, dirty reggae since 2009. The original members include myself – Bob Timm – on drums, Jacob Wake-Up and Sean Donnelly on guitar. Juan Cardenas originally played bass and is now playing third guitar for us. Recent new members we are very excited to introduce are Oliver Baptiste on bass, and Jack Wright (of the Forthrights) on a big, fat organ.

Your music doesn’t fit in just one category like ‘early reggae’, but as band you are inspired by different styles. Can you tell which bands and genres you’re influenced by?
Originally, the concept was to get together and play some classic early reggae instrumentals, so our first playlists were all very Upsetters and Trojan Skinhead focused. As we have grown as a band and gotten more comfortable bringing in our own personalities and individual tastes, we’ve got a lot more coming in to the mix: samba, dub, funk, deep reggae, a lot of 1970s vibe. Plus, we have attracted a steady stream of guest vocalists who have performed with us for specific songs or sets, or special event shows. That gives us the opportunity to mix it up with some classic rocksteady and reggae songs.

Reggae has the image it’s also a nostalgia-thing. For example the cover of your EP from 2010 refers to the Trojan boxes with 60ies. How do people react to you releasing a digital EP instead of a classic 45’er?
There is a lot of respect for the original sounds, looks, and styles of reggae, but you can’t be absolutely ruled by nostalgia or you become just another tribute band. We’re playing reggae in the 21st century, and like a lot of bands in today’s industry, the digital or online method is a great way to get your music out to people quickly, cheaply and independently. But people also have a taste for the quality of analog and vinyl so where the music justifies it, we want to explore that too. 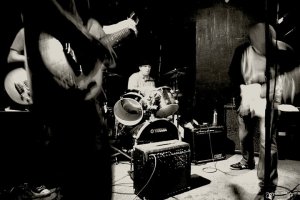 Your digital EP is called ‘Two Bucks for Bob’. As you are named Bob, can you tell us the story behind the title?
Hard Times! Right from the beginning, we were working with week to week budgets and people in and out of jobs. So somehow in the beginning, after every rehearsal somebody always ended up owing two bucks to the band fund.

Do you have plans yet for a new release or a debute full-length?
We are really excited about recording this year. We have got a lineup that’s really creative and we’re now rehearsing and recording in our own studio space in Brooklyn with reel -to-reel and a funky sounding room. We’d like to get in a groove where we churn out one or two solid rhythms a month and get them online as we go. There’s also a Brooklyn Rocksteady compilation in the works that we’ll be part of. After that, we’ll see what we can do about 7″ or full CD releases as the year goes on. 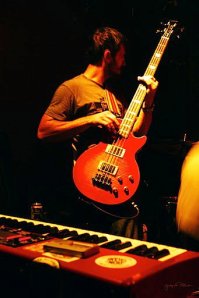 Since the 80ies New York has a very active an international known scene when it comes to ska and reggae music. Any idea how come New York had such a lively and active scene throughout they years?
New York has always had a good mix of young guns and old vets who love Jamaican music. And it’s a legacy that grows, of course. We had Moon Ska and Version City as homes for some of the best ska and reggae from the 80s/90s and a lot of the guys playing in today’s bands grew up on that music and in some cases came to NY inspired by the earlier scenes. New York is also the second home to generations of Jamaicans, including a lot of the original Kingston legends, so there’s no shortage of knowledge and inspiration.

Brooklyn is hopping right now with a whole slew of great bands: The Forthrights, The Frighteners, The Reggae Lords, Top Shotta, Dub is a Weapon, The Rudy Crew, Royal City Riot

Do you have any closing comments?
Thanks for the opportunity to share our music with all the oioimusic faithful. Thanks for your time!

This entry was posted on January 24, 2012 by oioimusicdotcom in Interviews and tagged reggae, roots, USA.